The Impact of Pornography on Relationships 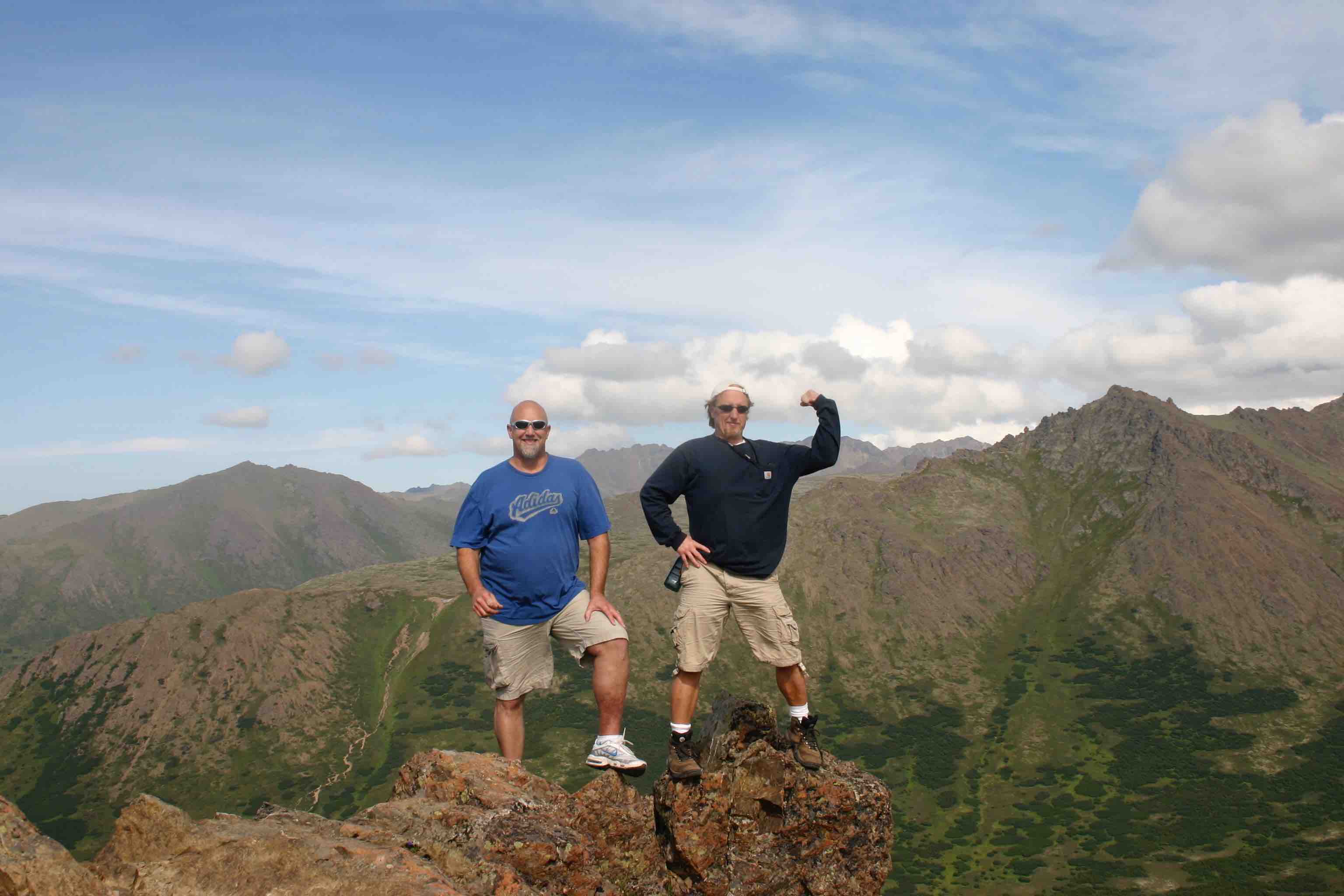 In the recent years there has been much a needed increase in understanding, support, and compassion for those dealing with drug, alcohol, food and other addiction issues.  However, sex and pornography addictions still carry a tremendous amount of shame and secrecy, thus preventing those struggling from finding effective support and recovery.  This is especially true in our faith communities.

However, in the long run, instead of lessening the pain, it ends up making it worse.  The pain and shame of the behavior itself often compounds their hurt and increases their need to act out again and again.  At first, they truly believed they were in control of their choice and behavior, but somewhere along the way that control insidiously shifted towards a compulsion and they find themselves helplessly bound to the behaviors which once seemed to relieve them but now only further enslave them.

Pornography is not only highly addictive, but it is also carrying with it lies about men, women, and relationships.  Consequently, the addict may think their secret consumption of porn is harmless when, in reality, it is extremely damaging for their relationships.  Pornography portrays women as sex objects who exist only to give sexual satisfaction to men.  Playboy calls woman “bunnies,” Penthouse calls women “pets,” women are not viewed as human and they are only valued only from the neck down.  Pornography depicts through story, pictures and comics that women enjoy being bound, demeaned, abused or raped as sexual entertainment. Furthermore, much of the imagery found in today’s pornography depicts adults dressed like children thus fueling an appetite for children as appropriate sexual partners.  All in all, pornography teaches that sex is purely recreational in nature and that there is no emotional intimacy or commitment required.

My wife was not the only woman in my life who was hurt by my addiction.  My daughter struggled for years with wanting to die and even attempted to take her own life.  My daughter who I would give my life for, who I love so, so deeply and would fight to the death for … she wanted to die.  It didn’t make sense to me! How could she not know how beautiful, precious, and treasured she was?  When she eventually told me her reason why, I, for the first time, began to taste the impact that my pornography use was having on my own daughter. She wanted to die because … “her mom is the most beautiful woman that she knows, and if mom isn’t good enough for you, how will I, who am not nearly as beautiful as mom, ever be enough for any man?”

Neither my wife nor my daughter ever saw me consume pornography, not even once, but they saw what caught my eyes.  They saw me repeatedly drift in and out of family conversations as a woman would pass by. They noticed that my gaze would follow women all around me but not stay focused on the most important women right in front of me.  My daughter had a front row seat to seeing the pain and anguish her mother experienced as a result of my harmful treatment of her.  And all these years I had convinced myself that my secret addiction wasn’t harmful, as long as it remained a secret.  What a lie.

Not long after this, my sex addiction cost me both my church family and my actual family.  One might think that those enormous losses would have scared me straight, but instead my addiction continued to deteriorate.  The weight of my shame was unbearable and I found myself wanting to die.  It wasn’t until being in that desperate place that I reached out to my last friend in the world, who also happened to be a pastor.  Without having planned it, I confessed my deepest secrets to him, pouring out everything that had been hidden throughout all of my life.  When I was finally done, I was certain he would loathe and reject me. And as he came around from behind his desk towards me, I clenched my fists expecting him to throw me out, just like everyone else had done. Instead, he grabbed me in his arms in a bear hug, embraced me, and wept over me.  And as his tears flowed down my neck, he said to me me, “I’m so, so sorry for the pain you have gone through. You are God’s son and He loves you and I am here to walk this journey with you.”  There in that office, for the first time in my life, I understood that God loved me, I actually tasted and felt God’s love, because this friend showed me.  That embrace and that glimpse of God’s love literally saved my life.  I desperately wanted to rid myself of the darkness I had been carrying and walk in truth and wholeness.

In I John 1:5-10, the writer exhorts us to “walk in the light,” rather than in darkness, in secret.  He adds, “If we say that we have no sin, we deceive ourselves, and the truth is not in us.  If we confess our sins, He is faithful and just to forgive us our sins and to cleanse us from all unrighteousness.”  One of the first steps to recovery from addiction to pornography is repentance—coming into the light, becoming accountable to one another and renouncing secrecy and deception.

Shame is at the very core of our secrets.  It sabotages what our hearts truly long for and makes us believe we aren’t worthy of true intimacy and love.  Intimate relationships are our greatest need, to be fully seen, fully accepted, and unconditionally loved.  In-to-ME-see.  In fact, the first two commandments are relational, love the Lord your God and love your neighbor.   Throughout all my years of sex and porn addiction I truly longed for intimacy and pornography only produced a counterfeit substitute.  The woman in that image would never walk off of that page and enter my world unconditionally.  But my shame had me believing I wasn’t a candidate for real intimacy and love.  My shame had me believe that I was my mistakes, that I was my struggles, that the things I had done and the things that had been done to me defined me.  I believed those lies and the fear of being seen for who I truly was kept me suffering in silence.

Ever since that embrace where I caught a glimpse of God’s heart for me, I have been on a personal mission to not only walk in recovery and in the light, but to be that healing embrace for others.  My passion is to help the church be a place of hope, love, and healing for those who struggle with sex addiction, not a place of condemnation and punishment.

Small groups can play a critical role in allowing men and women a first step towards healing and change.  Allowing secrets to come to light in a safe, confidential, and compassionate place can allow individuals the opportunity to not only be held accountable to the harm they have caused themselves and others but also taste the hope and redemption that God has for them.

Pastors and trained counselors must partner in helping addicts overcome their addictions.  Trained counselors are indispensable in identifying core issues and working on behaviors.  But a counselor is a paid professional.  Professional care, while important, can never replace the love that the addict so desperately needs to find in the church.  Pastors can help by providing a safe environment for spiritual development and direct them to support groups.  Ultimately, the most vital role the church can play is providing groups, mentoring programs and other opportunities where Christ’s love is demonstrated.  Every addict needs a safe place where he/she will be loved, accepted, and challenged, and the church is in the ideal position to provide this life changing opportunity. 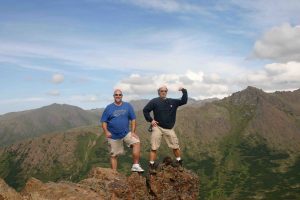 Gene McConnell is one of America’s foremost experts on shame and its impact on one’s personal perception that affects all other relationships. His message helps identify and interpret adverse consequences of societal trends that are engulfing our contemporary culture. Gene educates individuals and organizations all over the world about the foundational elements of building and maintaining healthy relationships in marriage, the workplace, and the community.

If you’d like to hear more from this author or seek resources in becoming part of the solution, please visit Authentic Relationship International.

Co-authored by Greger Wright, a close friend and mentor to Gene McConnell.